A downloadable game for Windows and macOS

Blooming Relations is a  visual novel  made for Yuri Game Jam 2017.

Play as a girl who discovers a beautiful garden, along with a beautiful and peculiar girl. Discover more about the strange girl, meet new friends and find happiness for yourself and the ones around you, as you discover that the world is much sadder but more beautiful than you originally believed.

UPDATE: Grammar and spelling corrected for the DEMO version. Download for the updated version.

Story/programming/art by JinxTheCupcake & special thanks to Tain Teggart who designed the logo.

This is only a DEMO of the game, I will be updating this visual novel slowly over time so keep up 2 date with the updates.

I downloaded this game a while back it seems but never moved it into my games library (which is strange but I found recently; not that uncommon). When I did get to find it and move it however once I played the game I really enjoyed it. I love how the relationship between protagonist and Juliet goes so far (though I've only gone down one set of decisions as of yet). I am quite interested in the story, throughout playing I loved seeing Juliet and the protagonist's reactions to different things, I would love to see more of Juliet's adorableness and would like to see the both of them realise they like each other (if they haven't already). The art is very cute and I especially love Juliet's character sprite (mostly her hair--I'm not entirely sure why; I know that's strange--and I wish she had a flustered expression but I suppose I can do without). While the backgrounds were just the classic filtered photographs, they still look good and more unique in setting than I've seen in most others (the small British-ish or Irish-ish town look (sorry for my little library of what to call the look)), it still would be nice to see drawn backgrounds: some of my favourite visual novel and like games have filtered photo backgrounds and they work pretty well (Butterfly Soup and Sunday at the Memories to name the ones off the top of my head). I wouldn't particularly care if the backgrounds change if the game comes out, yes drawn or rendered backgrounds would be nice but I'd much rather have the game. Though it seems this is just over a year old and I've seen quite a few yuri projects never get finished so I hope this one doesn't get dropped or forgotten about. I know it's only been a year--more accurately roughly seven months according to it's update information (I'm bad at math so don't quote me on that one)--and that the ones that are definitely abandoned are usually one to two years older than this one but I haven't seen any recent updates (though I didn't exactly follow it until now) and that is... worrying as to it's fate.

I'm glad this game exists, it's cute and I love the blooming relationship (pardon the pun) between Juliet and the protagonist. I would love to see more and would pay for the full game if--and hopefully when--released. Though even if this isn't ever finished; it's still a good game and we can imagine and think about what may happen after the demo's run.

Anyways; I hope the best for this game and I really want it to go under (I know I say that a lot but I always mean it: I love yuri and there really needs to be more long or just finished yuri games). Thank you for reading this unnecessarily long and rambling comment and especially much to JinxTheCupcake and whoever else involved for making this adorable adventure even if it's never finished.

Game has own style, own atmosphere and very nice story. I'd like to see it finished :)

Thank you so much!

Yeh the background will be replaced by original background (either my own or a fellow artist).

I am so thankful for the kind words you've said and you've really helped inspired me to work harder, thank you!

Really cute so far. I like all the characters especially Juliet. The only thing was that there were quite a number of spelling or grammar mistakes. I hope this gets fixed in the final version as it would make it easier to read. Good luck!

The grammar and spelling mistakes have mostly been corrected, I was running out of editing time due to deadlines and college so I missed many of them, but most of them have now been corrected so if you wish to see the improved version you will need to update the game. Thank you for the reply, I am super happy you enjoyed it and please keep up-to-date with the development of this game!

That was fast! It reads a lot better now. I will keep up to date as I have no doubt that this will end up being a practically perfect game. 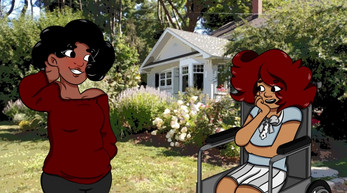 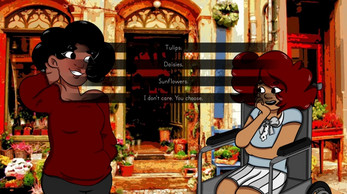 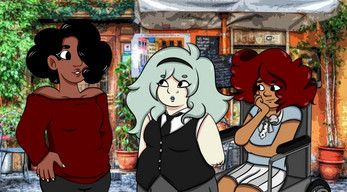 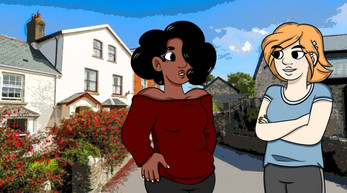